“R. Kelly and The Boondocks in the Age of Trumpism” 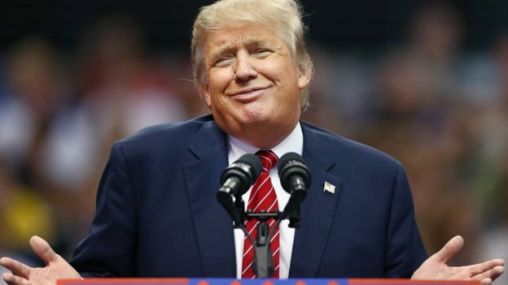 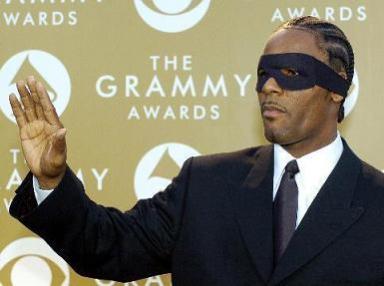 There are times when the universe unveils a mirror so that we can see who we truly are.  Some individuals might refer to such unveilings as a “moment of clarity.”  With the current resident of the White House “makin’ it do what it do” and the latest accusations against R. Kelly, we may be experiencing just such a moment on a collective level. 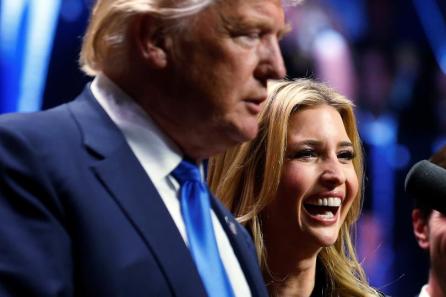 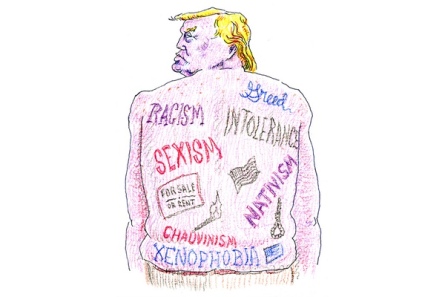 Our obsession with celebrity, fame, and wealth has always been troubling.  Aside from the near-deification of strangers that causes us to think less of our own divine selves, the cults of personality that we encourage or tolerate come with perks that are otherwise unthinkable and that can do serious harm.  It’s like we are a secular version of the Catholic priests handing out “indulgences” to nobility in pre-Modern Europe.  Sure, that might be a nice way to keep those fools connected to the “church,” but it comes with a cost.  While Trump is promoting “Made in America Week,” it bears mention that his own clothing brands are not made in the U.S.; the items for Ivanka’s fashion line are made in China, among other places.  Despite his prevarications and deceptions, millions cheer him and are willing to defend him, even with violence.  I will take up the gangstas of the Trump family in another installment but for now I want to address the so-called “Pied Piper of R&B.” 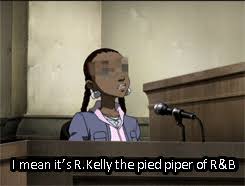 According to a story on Buzzfeed.com, R. Kelly is accused of running a “sex-obsessed cult” filled with young women who were barely above the age of consent when they met the famous crooner.  The news article is based on the stories of a couple of parents (who have lost contact with their daughters) and three women who had been part of Kelly’s “inner circle.”   The author of the investigative piece weaves in material regarding the late pop singer Aaliyah Haughton, various lawsuits that have been filed and settled, and even the child pornography case in which Kelly was acquitted of all charges in 2008. Sure, this may not be the typical cult and, yes, this may not rise to the statutory definition of sex trafficking.  But the pimp pattern is evident.  Don’t get me wrong; I’m a big believer in the “presumption of innocence.” And at this point, there may be little proof of criminality.  But even if Kelly has not committed a crime, his actions are morally reprehensible.  Just because a jury declared him “not guilty” doesn’t mean that he’s innocent. 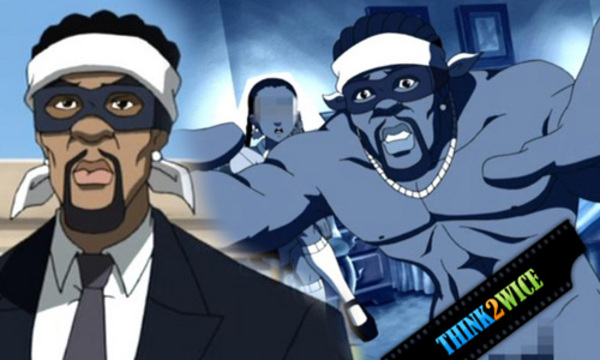 If you watched the 2nd episode of the inaugural season of The Boondocks TV show, you will recall the spirited defense of Kelly that was offered by 8-year old Riley, as well as the throng of supporters who gleefully celebrated the fictional stars acquittal.  In a case of life imitating art, the “comments” section of the Buzzfeed article featured plenty of people willing to defend Kelly and cast aspersions at the young women in his “predator’s harem.”  Like Riley, I have some questions, but I ask them of those who defend Kelly or excuse his behavior.  First, where are all the men? If R. Kelly is really just training the next generation of pop stars, why are there no 17 or 18 year-old men in his homes?  I just looked up the “Billboard Hot 100” songs for this week and Rihanna is the lone female artist in the top 10!   I know that many of you, like the fictional defense attorney in The Boondocks, will say that this is just proof that Kelly “loves his Black Sistahs.”  But c’mon!  Just as importantly, which man in his entourage has anything to say? If Kelly has done nothing wrong, defend him.  Why stay silent?  Second, why are these women so young when he lures them into his orbit?  Most people who have just reached the age of sexual consent still know very little about the world, let alone about sex.  It seems a bit odd that none of the young women in these houses hail from Los Angeles, the South Bronx, or the South Side of Chicago.  I also know plenty of 30- and 40-year old women who are holding on to their dreams of being recording artists; why aren’t they in his camp?  Third, why can’t these young women communicate with their families?  I understand that making a record is a long, arduous process, but the isolation required for focused work is different than the isolation required for indoctrination.  And since the parents in the story were supportive of their daughters’ dreams, why can’t they at least see their offspring’s hopes come to fruition?

I am not certain that I would find satisfying any answer to the above questions. I also am not certain that R. Kelly will lose any fans behind this.  I hate to imagine what goes through his mind when he sits in his home in Duluth, GA or his residence at Trump Tower Chicago. One thing I do know is how this might continue to play out for the foreseeable future.

Consider that Trump’s supporters don’t seem bothered by his lies and social media cruelty, his racism, sexism, ignorance, or clear incompetence.  They love the image of the “straight-shooter” boss who fires people who aren’t good at satisfying him. Regardless of his TV image, Trump has always been who he is: a shameless self-promoter, a carnival barker indifferent to the rest of the world not in his network, a person incapable of critical thinking or taking responsibility for his actions and failures.  I think that, deep down, his supporters know this but they don’t care because they are in love with his image and his messages of pain; the pain he will deliver to uppity niggers, feminists, immigrants, people of “terrorist descent”, and all those too lazy to stop the factories from going overseas.  It is the promise of that message that keeps them holding on, even if it means that he betrays the vast majority of them before he leaves office.  R. Kelly told us who he was when he wrote “Age Ain’t Nothin’ But a Number” for Aaliyah.  He still collaborates with artists like Lady Gaga and Lil’ Wayne. Currently, I don’t know what message R. Kelly conveys in his music.  Every time I hear the opening of a song by Piss-Pot Pete, I turn the channel.  Much like “Jules” in the final scene of “Pulp Fiction,” there are some lines I will not cross.  Oh, you missed that part?  I know everyone loves his soliloquy at the beginning of the movie after he questions “Brett”, the speech that pretends to quote from the Bible.   No, I’m talking about his argument with “Vincent” about food and the standard he personally maintains: “sewer rat may taste like pun’kin pie but I’ll never know.”  And maybe what I’m an echo of Huey’s righteous indignation at the end of that Boondocks episode when he says “you a fan of R. Kelly? You wanna help R. Kelly?… get some counseling for R. Kelly… introduce him to some older women!” 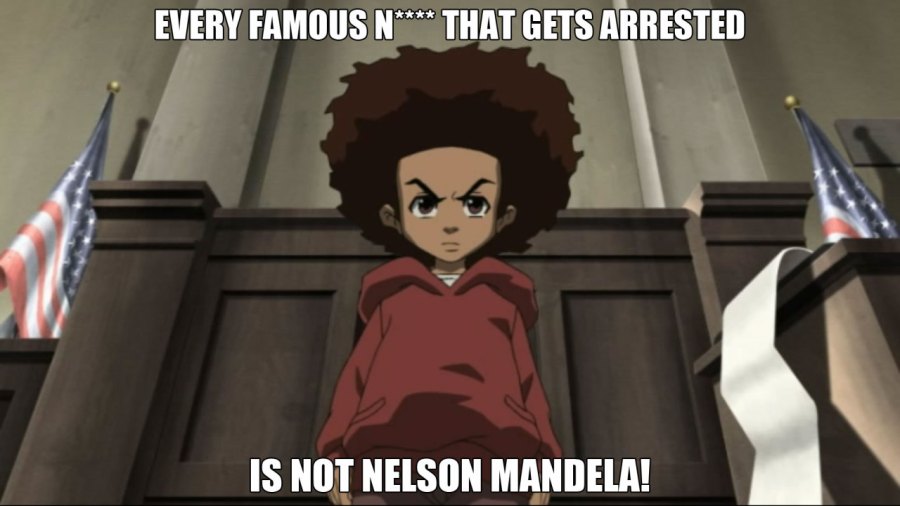 Look, I’m not saying that we need to protest at R. Kelly concerts or boycott his music (yet).  But we shouldn’t try to rationalize this or attribute it to skullduggery from the “White Supremacist Power Structure.”  I’m not saying that R. Kelly is single-handedly undermining the democratic institutions that his supporters claim to hold so dear.  I’m not saying that R. Kelly has cemented our country’s status as a kleptocracy with a two-tiered “justice” system. I’m not even saying that R. Kelly has set us down an irreversible path toward making the earth inhospitable for human life.   But I am saying that it is the reflexive shrug of the shoulders, along with the full-throated nay-saying, that endangers the lives of too many Black women and men.  And you don’t need to have a sister or a daughter or a niece to care about this.  This type of shit degrades us all. 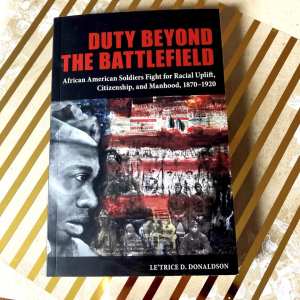