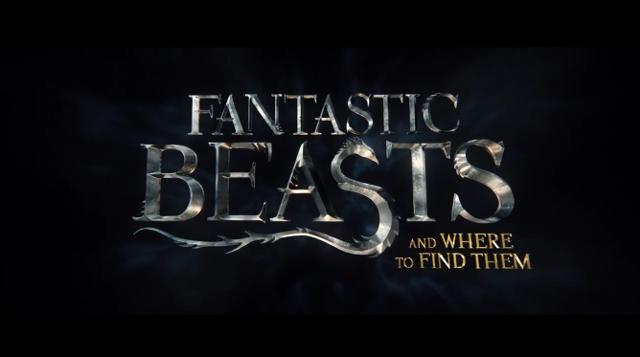 The Fantastic Beast & Where To Find Them

OH HEY GREAT BLERD COMMUNITY I am here with our review for the Fantastic Beast & Where To Find Them !!!!

First off I want to thank the founder of the BLERDYREPORT the SUPER AWESOME LE’TRICE DONALDSON for giving me the opportunity to write this review!

Secondly, this movie was truly beyond amazing, I legitimately almost cried in the theaters while watching! So I must send a huge shout out to the fabulous J.K. Rowling and the directors, writers, and of course actors who brought the movie to life and continues to allow a piece of my childhood to further evolve! THANK YOU!

NOW WE BEGIN THE REVIEW!

Be advised there will be spoilers!

Background Information: For those unaware the Fantastic Beast & Where To Find Them originally was a textbook that belonged to Harry Potter. It provided the reader with information on a vast assortment of magical creatures that exist in the Harry Potter Universe. 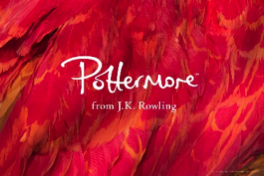 The Film uses a combination of Harry Potter lore found in the original books; examples include spells, and names (Albus Dumbledore & Gellert Grindelwald cough, cough). The magical creatures, of course, stem from the textbook Fantastic Beast & Where To Find Them, lastly but certainly not least the American wizarding world i.e. the expanded Harry Potter Universe found on Pottermore (if you are not already signed up, I suggest you do it NOW!)

The film follows Newt Scamander a British Wizard and Magizoologist with a briefcase full of magical creatures en-route to New York City to meet a peddler of another rare creature to add to his collection. In less than twenty-four hours his world is turned upside down as he deals with the loss of his briefcase, muggles or “no maj” (an American term for non-magic folk) and the governing American wizard community (Magical Congress of the United States of America, or MACUSA)! 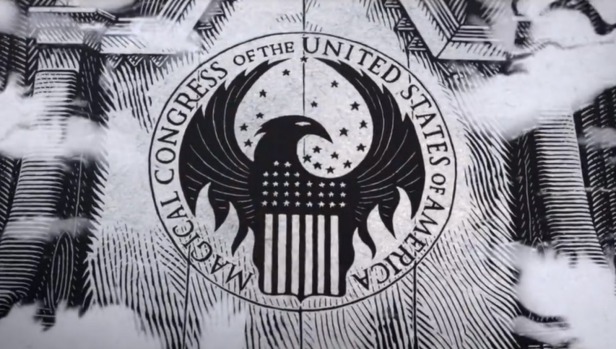 The Storyline: The storyline presented is amazing, I believe this is due to the film having so much flexibility since the book mainly outlines the magical creatures that exist within the universe. There is also the practically blank canvas that is the American wizarding world.

Actors: Each and every actor played their parts to the fullest but I have to give a special shout out to Samantha Morton as Mary Lou, Eddie Redmayne as Newton Scamander, Ezra Miller as Credence Barebone, and Fine Frenzy as Queenie Goldstein.

Samantha Morton or Lou: Super shout out to you! You played an Awesome villain, two hours she made it possible for me to hate her more than Delores Umbridge and the Dark Lord himself.

Eddie Redmayne as Newton Scamander: This actor choice was amazing, he truly sold this part 100%. You feel his oneness with the role, evidence shown through awkward habits, and more important that care for his collection of mystical creatures.

Ezra Miller as Credence Barebone: I was shocked by his performance and I can hardly wait for his rendition of Flash.

Fine Frenzy as Queenie Goldstein: Fine Frenzy did a spectacular job, the combination of her compassion and sincerity gave me chills, almost like an adult Luna Lovegood. 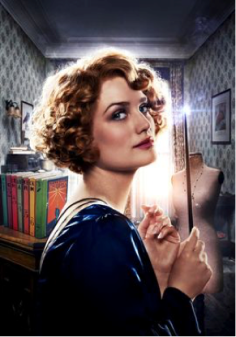 Visual Pleasing: The movie was stunning, everything from the magical creatures, spells etc… I really loved the way they’ve expanded magical battling and using spells in conjunction with the apparition ( magical teleportation) at increased speed than seen within the original movies.

Legilimency Expansion: Lastly one of the biggest points for me was the introduction of intensely or possibly even natural psychic i.e. Queenie Goldstein. Legilimency is a form of spell and or magic that allows the user to burrow into the mind of another. Queenie Goldstein presents the ability at such a degree to where she can hear the thoughts of others leisurely and without the usage of the spell: “Legilimens”.

Honestly, I found nothing bad with the movie at all! It just left me with a few burning questions concerning a creature presented in the film known as the Obscurial/Obscurus! If you have not seen the movie read at your own risk.

An Obscurial/ Obscurus is a mystical creature of vast destructive powers. This creature is born from the suppression of magic within a witch or wizard. This suppression can occur on a vast spectrum but commonly comes down to self-infliction/ or forced self-hatred that stems from physical or psychological mistreatment by the hands of others. Another requirement that seems to be a huge part of the equation would be the complete stop in any magic usage. Once these conditions are met, the witch or wizard takes the form of an amalgamation between a phantom and raging vortex of negative energy.

Now here is where my issue comes in, Credence Barebone was in an extreme environment that forced him to make such a powerful and dangerous transformation. But why didn’t this transformation occur in Harry Potter or even Tom Riddle?

My running theory is that these two (especially Harry) were so powerful that their magic found ways to escape through nothing but will power only. Examples include the vanishing glass incident and Parseltongue (the ability to speak to snakes) which all seem to be involuntary incidents.

Lastly can wizards whose magical abilities are involuntary become Obscurial’s?

At the end of it, all this movie gets a five gold star rating. If you hadn’t seen please see it as soon as humanly possible. If you liked what you read please comment and share with your friends we love feedback at the BLERDYREPORT!