Some Lessons From BLACK PANTHER: The Case for a Closeted Wakanda 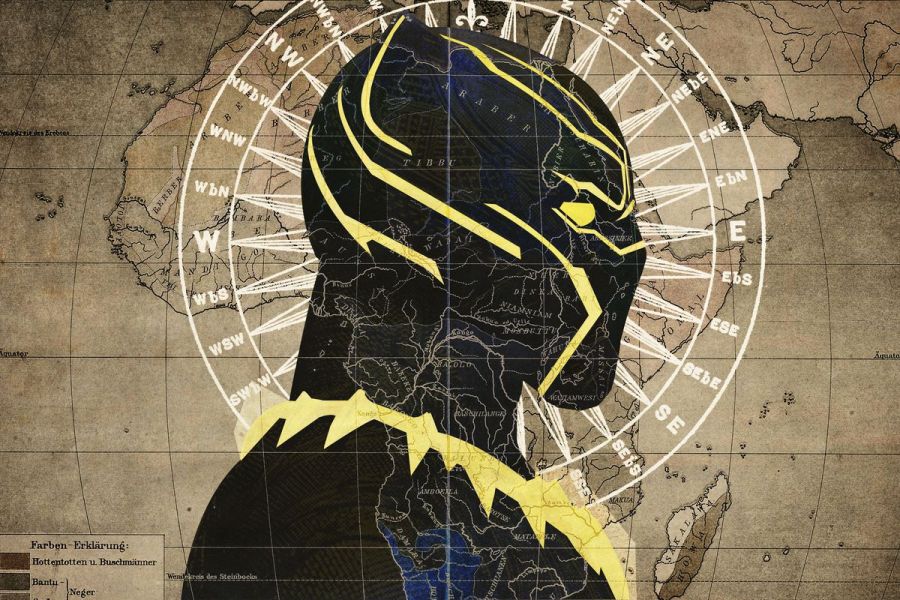 I finally saw Black Panther on the Tuesday following its opening weekend and it was an incredible spectacle.  I spent the latter half of the previous week at a wonderful Black History conference at Tuskegee University (shout-out to Dr. Sheena Harris and her amazing students and colleagues).  When I was driving between Birmingham (to see the kin-folk), Montgomery, and Atlanta, I heard plenty of radio DJ’s and their call-in guests gushing about the movie. I think I even heard one person say that it was akin to a religious experience.  I wouldn’t go that far because I do have my quibbles with the film, but I love it as a piece of art and for the social fissures it has created for discussion.

I can do without hereditary aristocracy.  I am not saying that American democracy (brittle and dying as we speak) is the penultimate form of self-governance.  Did anyone actually believe that George W. Bush was going to make a good leader because his Dad had been President (and head of the CIA)?  I also distrust hierarchical leadership models. I will take the decentralized structure of SNCC and the horizontal leadership style of Black Lives Matter any day of the week and twice on Sundays!  I prefer to envision a future with participatory democracy and economics that will probably be slow and messy. Then again, I am more concerned with everyone having a voice and maintaining community integrity than I am with industrial timekeeping or the myopic demands of Wall Street.   As a fan of Kendrick Lamarr, I dug the soundtrack. But wouldn’t it have been incredible to hear “Umoja” by Imani Winds [https://www.youtube.com/watch?v=y1LmeOK1fts] as Okoye, T’Challa, and Nakia first returned to Wakanda?  I also am delighted to see that the scion of Melvin Van Peebles, Julie Dash, and Spike Lee have opportunities to tell their stories. 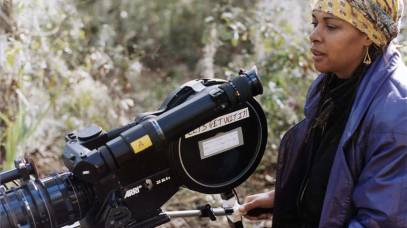 Yet, my greatest disappointment was King T’Challa’s “opening” of Wakanda to the world. Wakanda may be ready for the world but the Western world is not ready for Wakanda.  If I could speak before the Council of Elders, I would give them three reasons to maintain the veil over Wakanda.

White Supremacist-Capitalist-Patriarchy cannot abide Wakanda.  America’s current President is openly racist, sexist, elitist, and greedy. More importantly, it is clear that he has only pulled the thin cover off the latent fascism, misogyny, homophobia, and ableism thrumming behind the flag.  In addition to assaulting millions of his own citizens and threatening millions of other residents (on Twitter, through Executive Orders, or judicial appointments), he is busy trying to tear down the legacy of his Black predecessor.  He and his ilk have made Black women a special target. If anyone remembers the rage Trump directed at Gold Star Widow Myeshia Johnson and U.S. Representative Frederica Wilson (just one example), can you imagine how he, Fox News, Goldman Sachs, the New York Post, the Pentagon, or Breitbart would respond to Princess Shuri? By the way, there still are no reparations for Henrietta Lacks’ family!

Western industrialized nations will seek to take everything that is Wakanda, except for the people.  The economic, political, and military power of the Western world was built in large part by the violent extraction of wealth and resources from the African continent. With specific regard to the United States, this plundering was abetted by the genocide of First Nations people and the expropriation of their lands.  And make no mistake, this process has not ended, on either side of the Atlantic. Despite the symbols of political independence, Africa remains a site of systematic looting. Even if you haven’t read the World Bank’s report, “The Changing Wealth of Nations 2018,”  all you have to do is take a deeper look at the resource wars, the unstinting poverty, or the banking/corporate pillaging to know how little has changed since 1960.  It is no coincidence that one of the nations helping to flesh out African-controlled infrastructure was the now-destabilized Libya. Military and intelligence officials in Washington, Paris, or London would concoct “evidence” to claim that Wakanda is a sponsor of terrorism and NATO or some “coalition” would invade.

I certainly understand the impulse to help us non-Wakandans but all the hi-tech gadgets won’t help us if we don’t know where to aim them.  What we need are the hearts and talents of the Dora Milaje. In addition to being stunningly beautiful (yes lawd!), the Dora Milaje are disciplined, highly skilled, unflinching, and unsentimental.  They acted as a collective in order to protect the larger collective of Wakandans. Remember, it was T’Challa’ sentiment and ill-advised charity toward a CIA operative that put Wakanda in the predicament of having to modify its relationship with the outside world.  The great struggle for our freedom always has been a collective matter and no individual successes or charismatic leadership, alone, will help us to one day taste victory. Toward the end of her life, Harriet Tubman often was feted for helping to free thousands of slaves.  Despite such praise, Tubman reportedly responded that she could have saved thousands more if they had known that they were slaves.

I am not saying that all of us have to be finely-tuned revolutionaries.  However, we need at least to be self-aware enough to openly acknowledge our continual bondage.  Yes, we can celebrate the idea of Wakanda but we also must acknowledge that the lion’s share of the movie and merchandising profits are going into the hands of a multinational corporation that collaborated with Trump and has a long history of promoting White Supremacist-Capitalist-Patriarchy.  Thus, the greatest lessons are not the ones directly proffered by the Marvel Cinematic Universe but the ones that will come from a robust understanding of our history, our imaginations, and our determination to be free. Thanks, King T’challa, but no. We have to do this ourselves, then we’ll come find you.