Six Actors who should star as Black Manta

It’s just been recently announced that Black Manta will appear in the feature-length Aquaman film starring Jason Momoa. Black Manta will be the film’s main protagonist. This means that he needs to be an actor who can naturally bring the depth and complexity to the villainous Manta that is often missing in many superhero films. So I decided to once again sit down in my casting director chair and compile a list of the best actors available that I’d like to see as Black Manta.

I am beyond excited to see a live-action version of Black Manta because he has such a fascinating origin. Manta first appeared in Aquaman issue #35 in 1967 and is portrayed as type of Civil Rights villain. Black Manta wanted to kill Aquaman and take over Atlantis so he could find a safe place for his people (African Americans) to live and escape a racist American society. This is why his name is Black Manta (get it). His origins have since been re-done and now Black Manta hails from Baltimore, MD. His name is David and he was sent to Arkham Asylum to help with his severe Autism. The doctors experimented on him and gave him a serum to cure his Autism, but essentially made him a murderous villain. Black Manta’s background as a type of Civil Rights villain is fascinating and would be amazing to see explored giving the current political climate and tie that in with the fact he hails from Baltimore, Atlantis might be the safest place for African Americans. 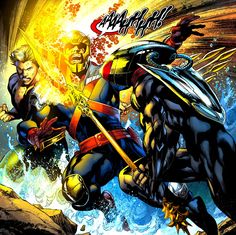 At any rate, it’s time to get to the list of actors who would best portray such a strong villainous character: 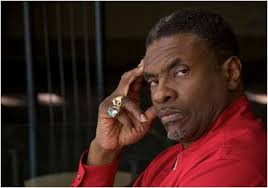 Keith David has been in a wide range of films from The Thing to There’s Something About Mary. He voiced Todd McFarlane’s Spawn and is a graduate of Juilliard. David has an extensive filmography so playing a villain as complex and devious as Black Manta would be no problem for him. He is 60 years old so that may be a problem if the studio wants to go young with Manta and have him as the same age as Aquaman. But Keith David would be an amazing choice because of his voice and extraordinary acting range.

Colman Domingo may not be as well known as some of the other actors on my list, however, it does not mean he is any less qualified to play Manta. Domingo currently stars as Victor Strand on AMC’s Fear the Walking Dead and will be featured in Nate Parker’s upcoming film Birth of a Nation. Domingo is an award-winning stage actor who is more than capable of bringing to life a unique Black Manta. 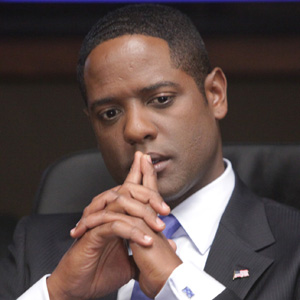 Ok, let me say that again Blair Underwood. He is an unbelievably talented actor who has literally been in everything and now that his role has ended on Marvel’s Agents of Shield I feel that Underwood would be amazing as Black Manta. He currently stars on Quantico and has an extensive filmography. He can play old or young because he looks like he hasn’t aged since he turned 30 years old, so yeah Blair Underwood who just finished playing a villain would bring it and bring out the best in Jason Momoa.

Perrineau is a Lost, alum and starred in the underrated DC TV incarnation of Constantine. Seriously can we get Constantine back on television? Anyway, Perrineau is yet another actor who has the range and depth to portray a complex and devious Black Manta. I saw him play a role where I didn’t know he was the villain until the end of the film and I was completely floored to find out he was the bad guy. Perrineau has that ability to fool an audience and have them be on his side. He would be an outstanding choice as Manta. 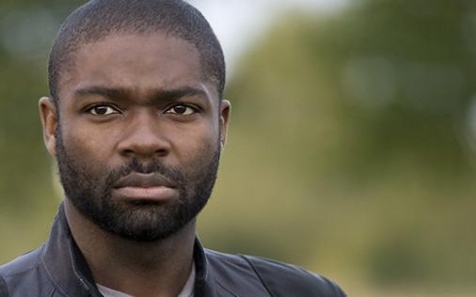 Oyelowo is probably best known for his role as Dr. Martin Luther King in the film Selma. Now that role is the complete opposite of villainous but Oyelowo is an amazingly talented actor who can play anything and anyone. It would be fascinating to see him tackle a role that is so dark and unlike anything he’s ever played before. I think he would push someone like Jason Momoa to really bring it every time they were on screen together.

Isaiah Washington currently plays Thelonius Jaha, the methodical villain on the CW’s 100. He has played a wide range of roles many of them villains so if anyone could bring depth to Black Manta it would be Isaiah Washington. He is an actual military veteran so he could bring the type of militant charisma to Black Manta that would be necessary to lead the Manta Men. Washington, like Oyelowo would push Momoa and really bring out the best in him as actor.

There are several names I’ve seen pop up of people who’d want to play Manta, but this is my wish list. I’d love to hear back from you guys so please leave any feedback or suggestions on the comments below.

Shout out to The Lemonade Show for inspiring me to create this list.